The last hot day of the summer

On the last hot day of this very hot Swedish summer I finally managed to take myself and my bike to the Dump - to see how it was doing and what I have missed.


I think I have missed the most of everything! But that doesn’t matter since I’m mostly interested in the flowers when they start to fade!

All the grass starts to yellow, the cloves are brown furry little balls, the thistles are starting to spread their seeds, the deer’s are fully grown and not afraid of the humans and it was to hot even for the mountibikers and occasionall runners. So I had the place almost for myself.

I picked some Iridaceae sibirica seed heads and a tiny branch from the rose bush to take home, and later that day I did these sketches.

It was first on the third attempt whit the iris I found the right colour. Three (at least) layers of Burnt Sienna, carefully lifting out the highlights. Then I mixed Brunt Sienna with a little Prussian blue, the mix was thick and reminded of chocolate sauce – and with that I finished the whole thing. The first attempts I ended with a thin layer of Permanent Rose, but with this I didn’t felt it was necessary.

The rosehips are just a rough sketch, I had planned to do more with them but the next day they were to wrinkled. 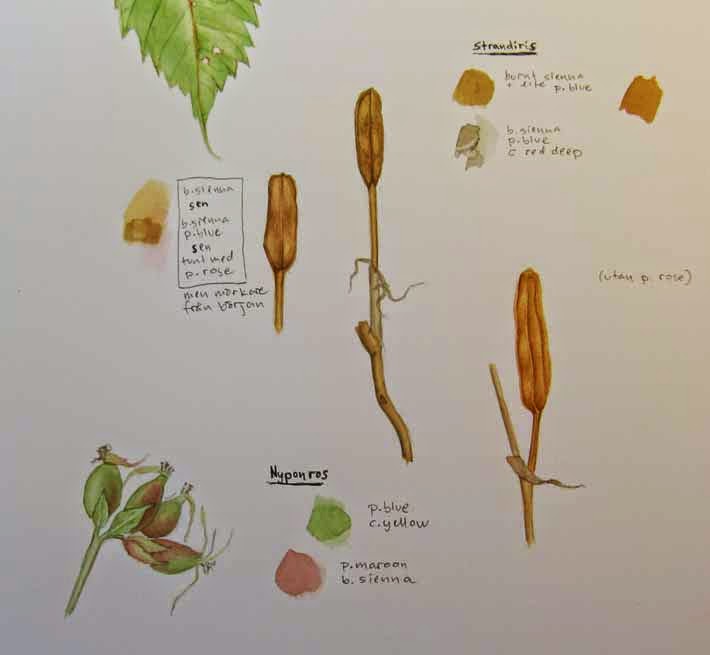 After doing these sketches of the seed pods I jumped in on a full scale painting, which I’m very happy with! 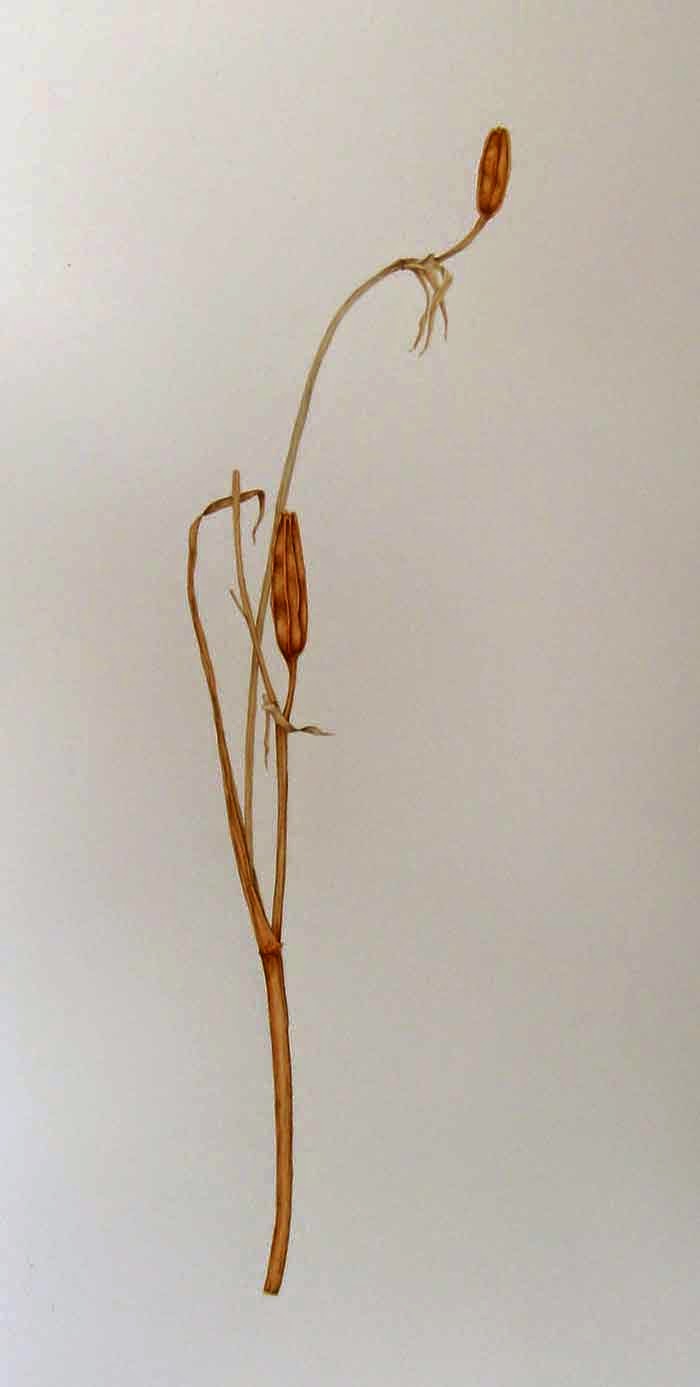 My walk over the hill
This is what it look like from afar, my Dump.

In winter time it is a ski slope and the installations on the top are the ski lift – but I think it looks like an art installation from this angel. You can walk up that way, there are a path because many others walk and run there.

But I prefer the “road” on the other side, mostly at path that too, but it is possible to drive something 4-wheel (or ride a mountinbike) up that way. 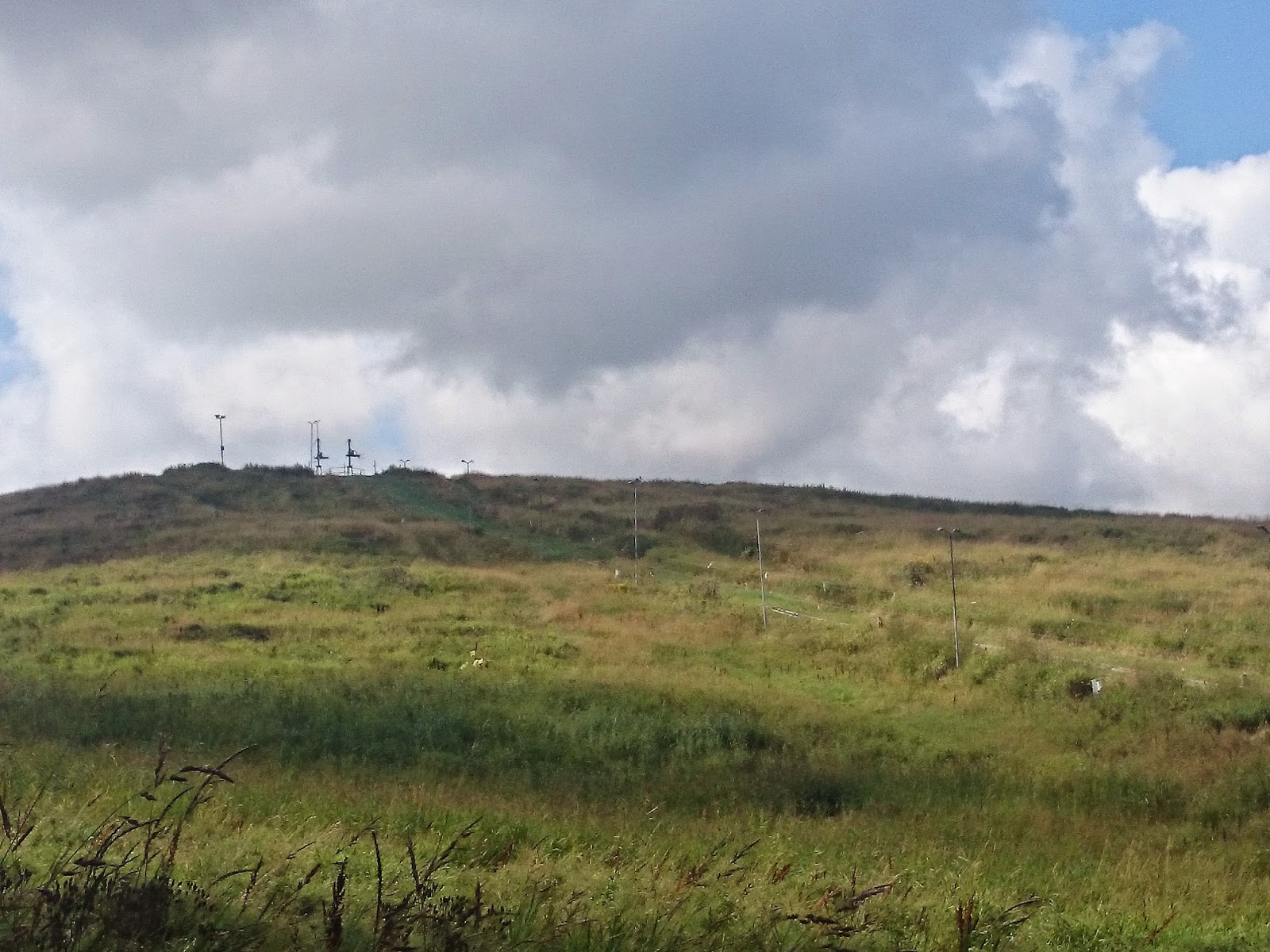 The path is monitored by one or two crows, they live nearby and like to sit by this post. Today was a very hot day and the crow just turned its head a bit when I passed beneath. Just to keep sure I wasn’t up to any fishy business. 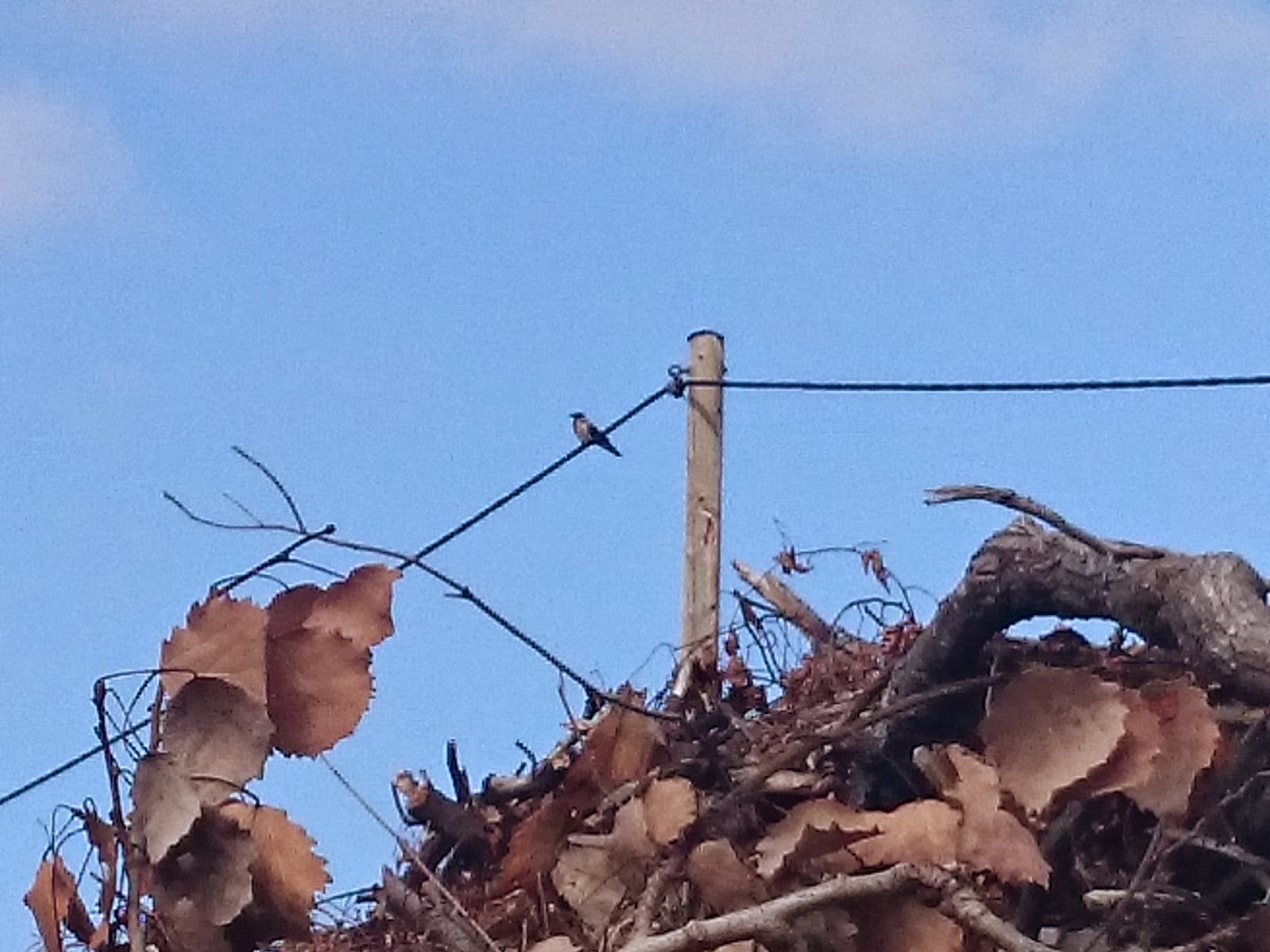 Along the side of the path up the hill grows Giant hogweed. 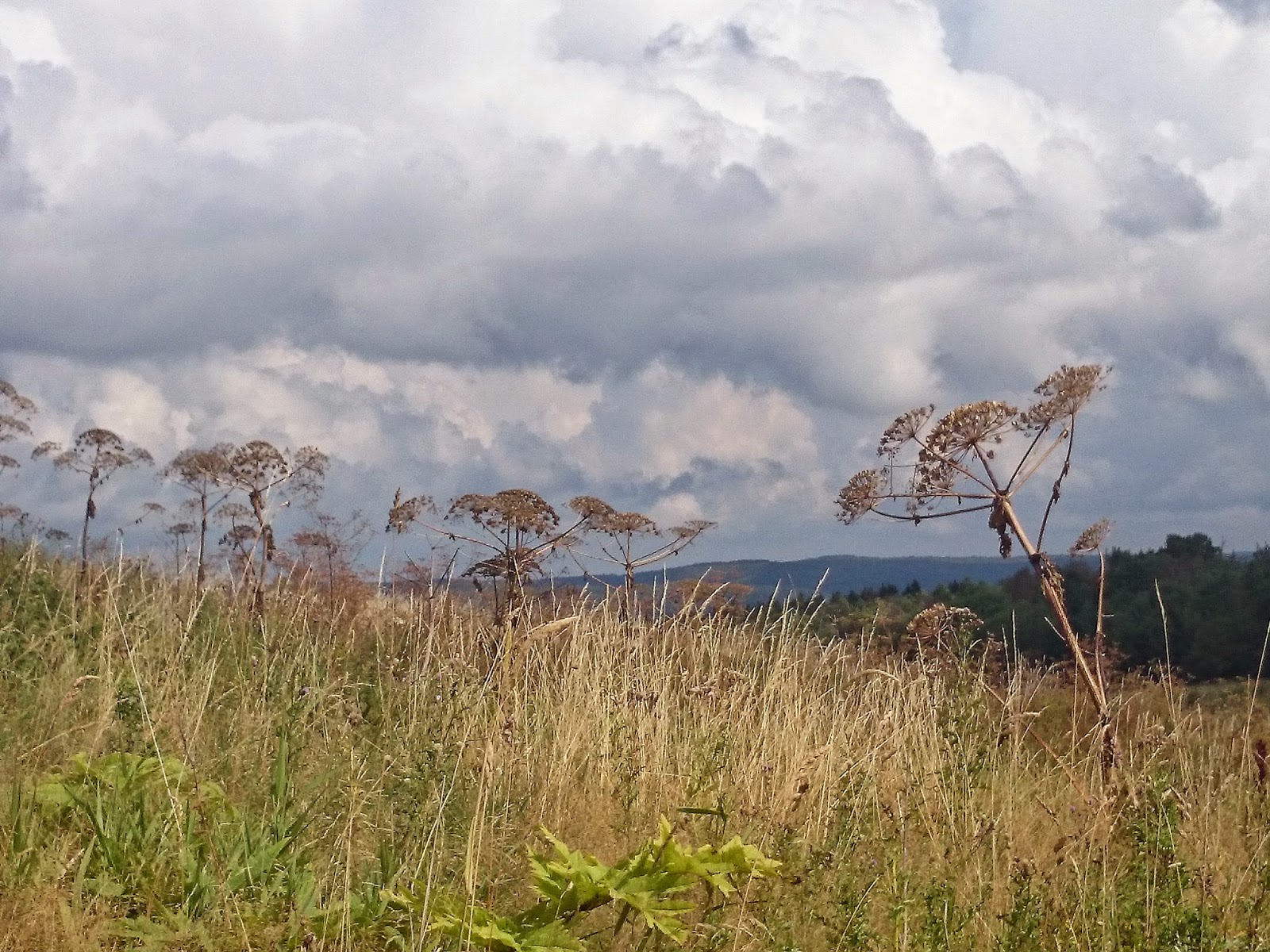 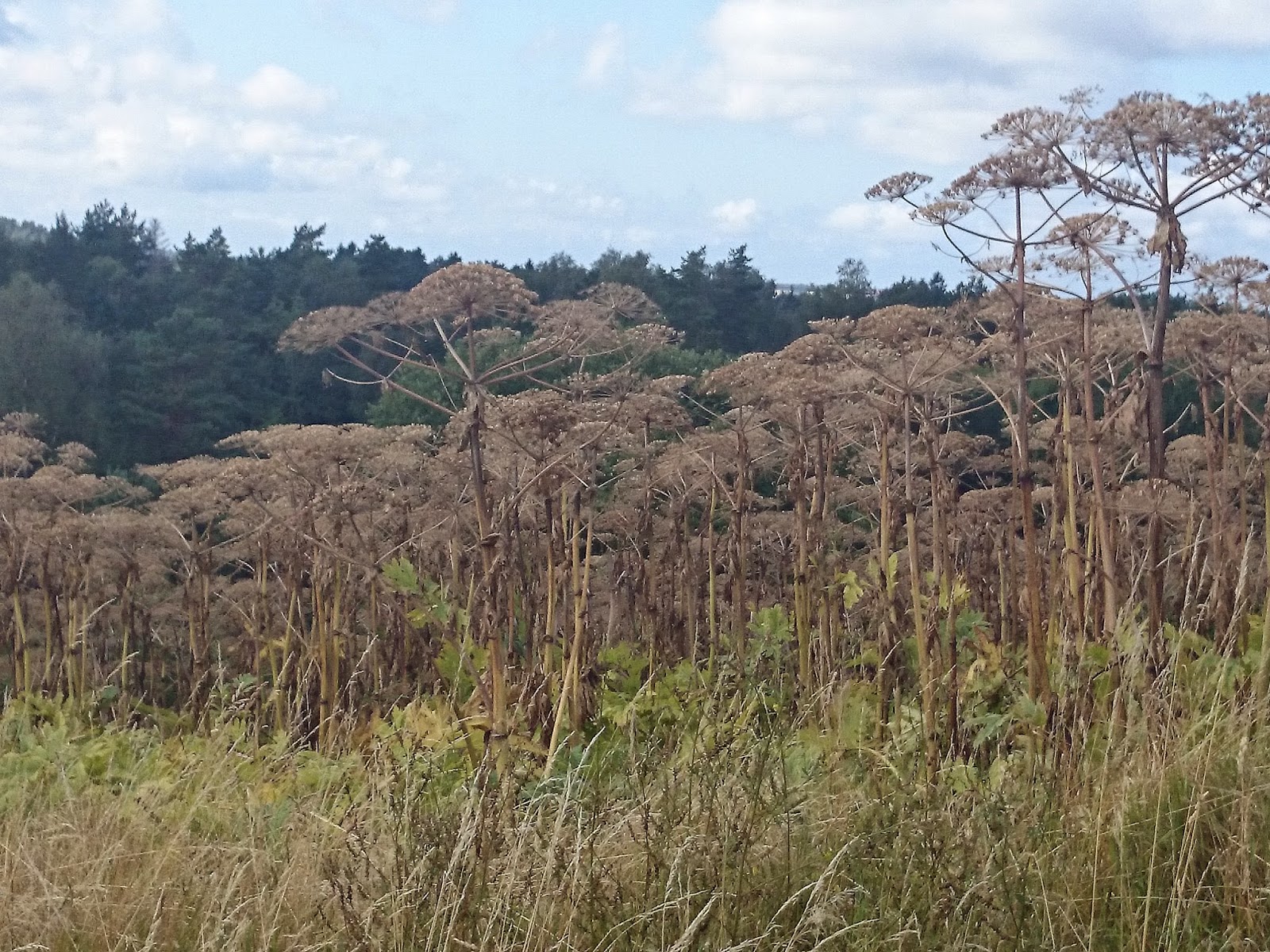 I don’t know how, but someday I must draw and paint them, preferably when they have withered and look like this one. But so far they simply are to big. I have a graphit drawing going on of a part of a stem, when you look close they are very intricate and fun to draw. But it has to take its time. 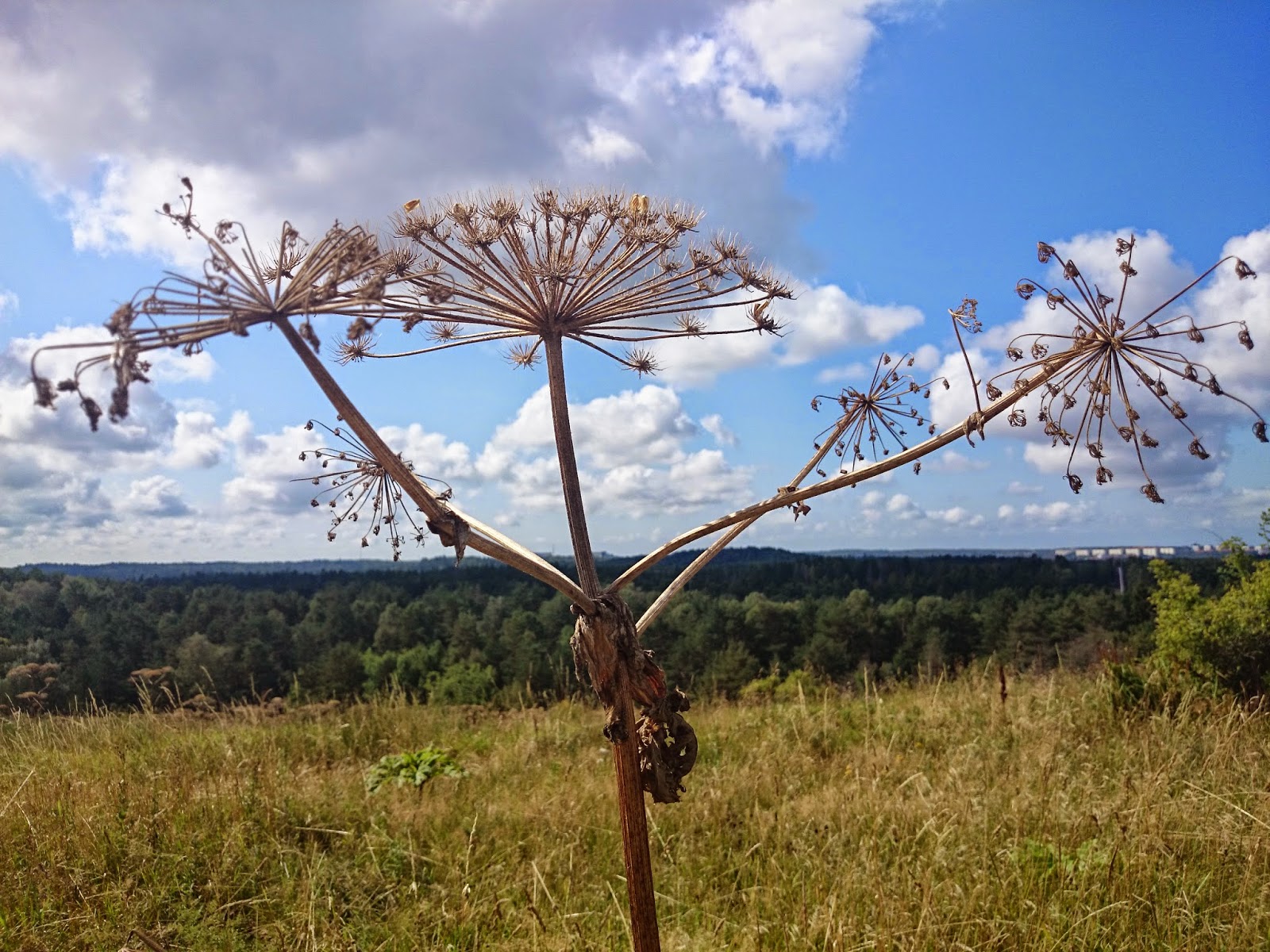 On the top they had mowed the grass, but had left some Tanacteum vulgare (Tansy) by the sign that points out the mountinbike path. Since I had pushed my bike up the hill, I think it counts as a mountinbike …? Or not. I can go downhill without problem anyway … :-) 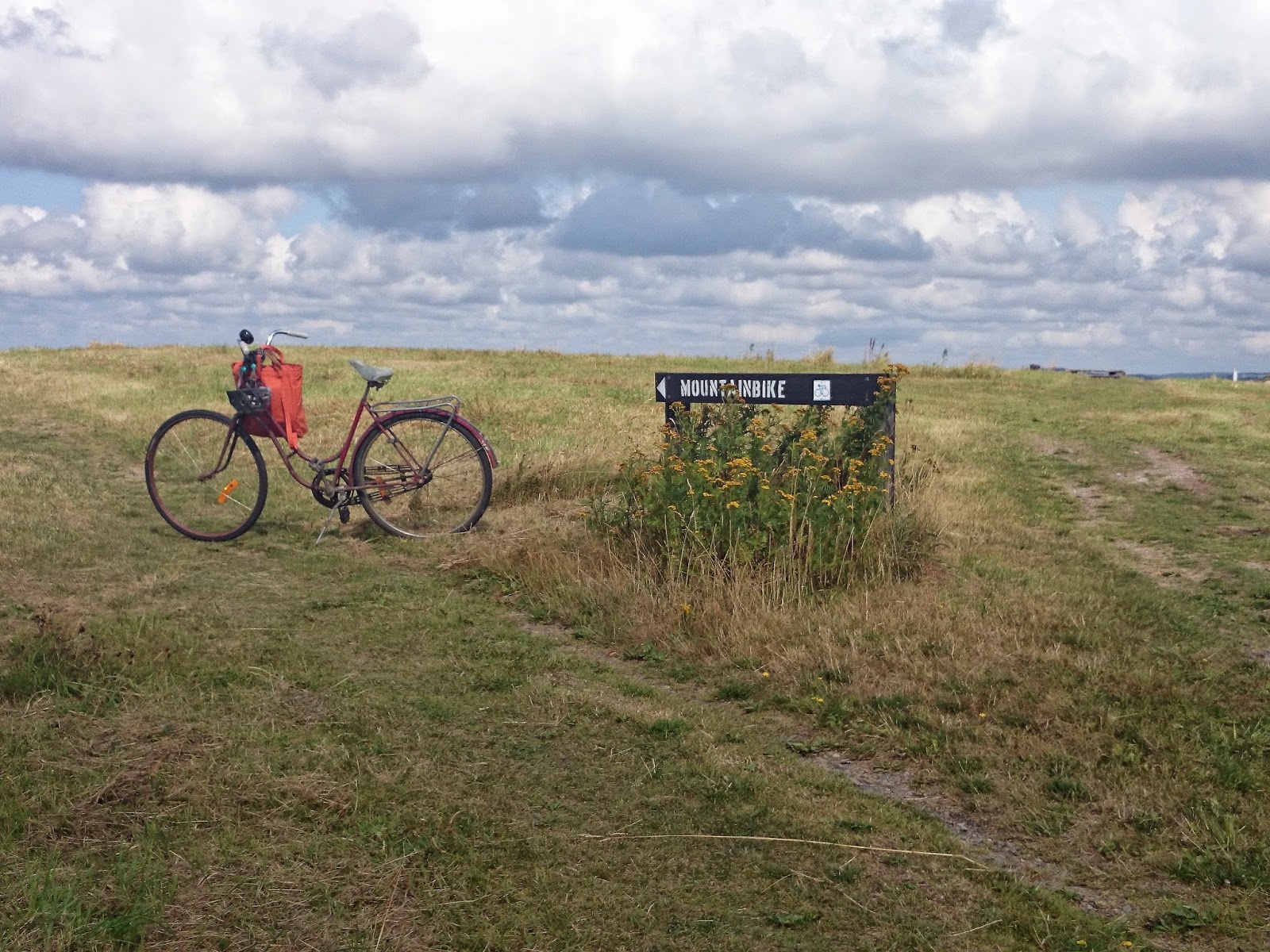 The rest of the area looks like this. Most of the flowers are over, the clovers are just brown little balls and not much else is flowering. The place is windy and exposed to all sorts of weather so I think that affects the growing habit and make the period of blooming flowers shorter. 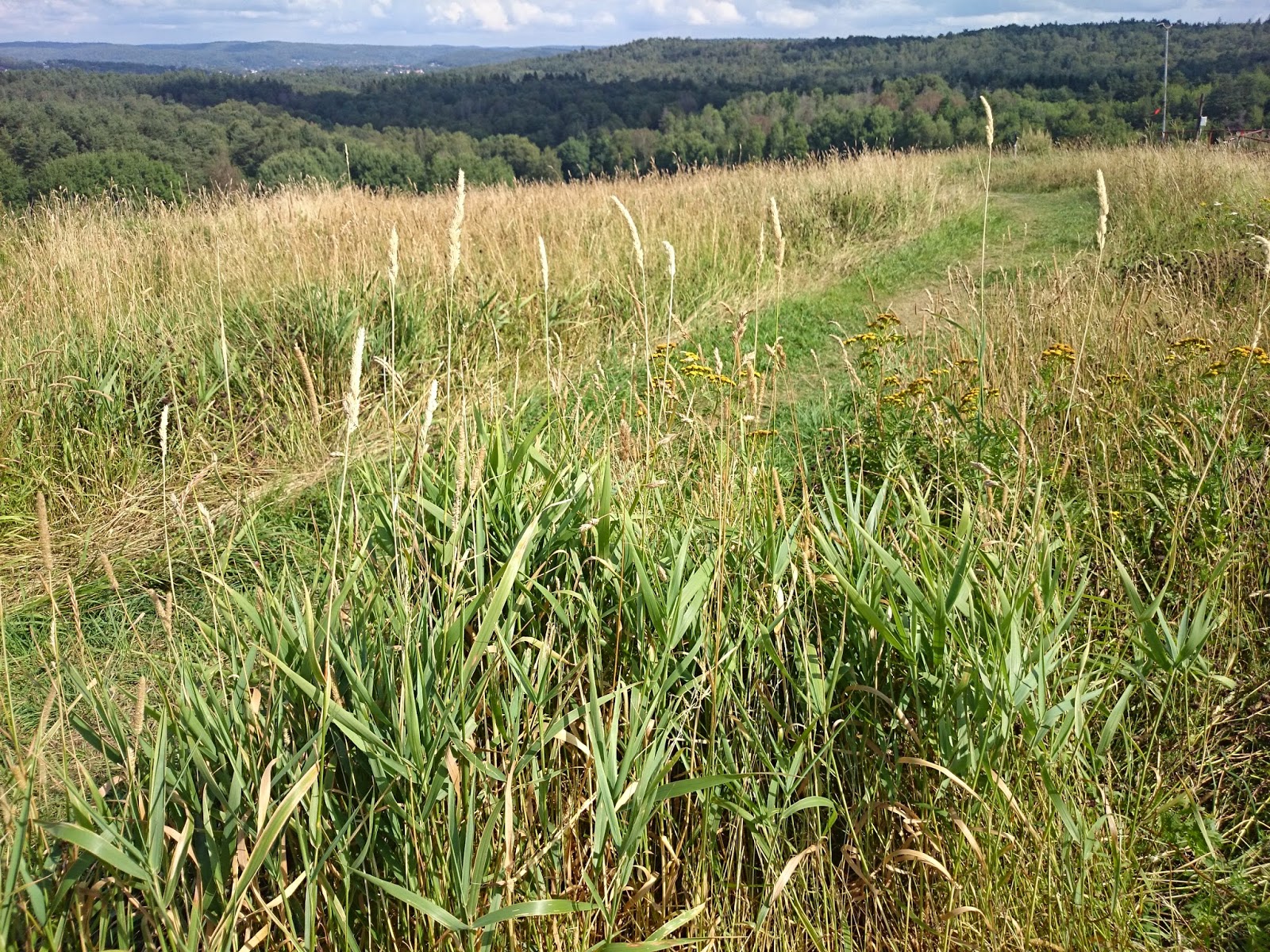 I started to examine the few rose bushes which are growing on the southwest side, and they had a few flowers left. They looked very fragile and I left them on the bushes. 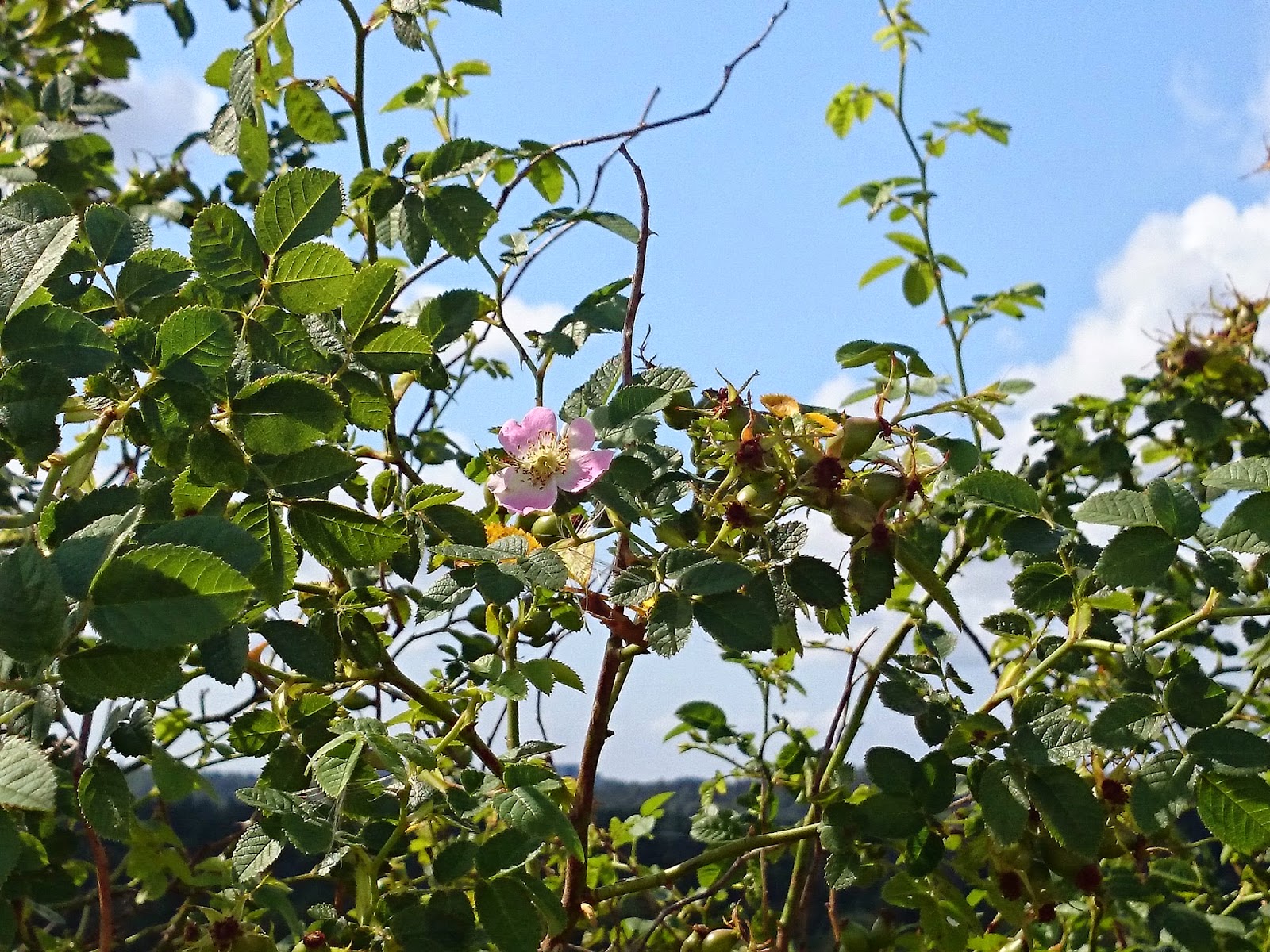 On the west side I found a number of bushes I never had seen before, I took a twig home and found out that it was a Cotoneaster horizontalis.  Never heard about it before, I don’t have a garden of my own, but after some Google searches I found out that it is very common ….

This is the Dump at its best, anything pops up here! 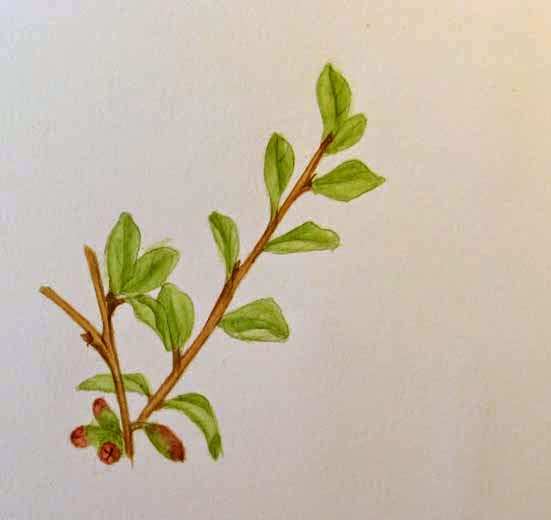 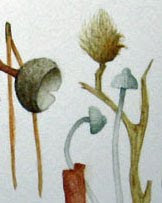